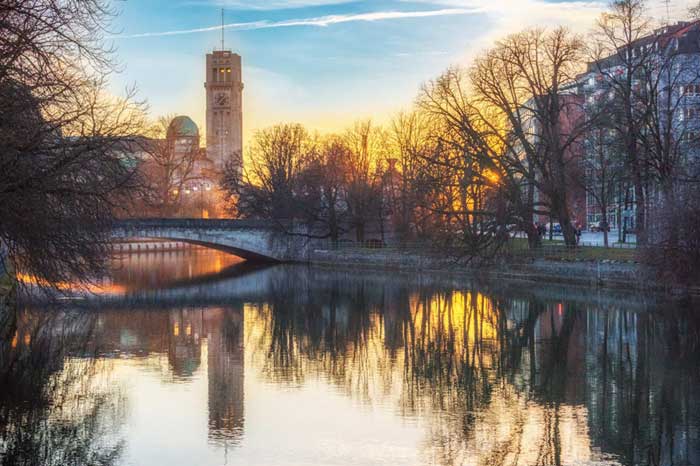 Let us construct a tour for you exactly to your liking. Beginning and end times, and the start and end points, are whatever suit you. You can even select what you would like to focus on, if you have preferences, for example an era of  art, architecture, history, and monarchy. Some will be more interested in the local culture, or the Bohemian district of Schwabing and its lively student community, or perhaps the English Garden. We can cover Hitler, World War 2 and the Third Reich, or put all that behind us and understand modern Munich’s  vibrant technology, innovation, and business life. What is it like to live in Munich? Let’s discuss tax, healthcare, education and other information about modern Germany. And we will surely get to talk about beer somehow!

Whether you are a family, a tour group, a bunch of friends, school, university or college students or teachers, a company, or a club, let us craft the perfect walking tour of Munich for you.

We will tailor a tour for you exactly to your liking. Beginning and end times, and the start and end points, are whatever suit you.

For example, you may wish to get an overview of the highlights of Munich on a walking tour, which would include the Marienplatz, the Old and New Town Halls, the Frauenkirche, the Hofbräuhaus, the Viktualienmarkt, the Residenz, the Feldherrnhalle, and the Isar Surfers.

Extended highlights include Asam’s Church, the Jewish Cultural Center and Synagogue, the Haus der Kunst, Maximillianstraße, the National Theater, the Hofgarten, and the four medieval Munich old city wall gates, such as the Isartor.

Add an hour or two for the English Garden and Schwabing. Munich’s English Garden is one of the largest city parks in the world, and has its own fascinating history and stories. The layout incorporates streams, lawns, trees, lakes, and of course, four beer gardens, all in beautiful harmony with nature. Manmade highlights are the Monopteros, the Japanese Tea House, the Chinese Tower, and the Lake House, the latter two with Munich’s second largest beer garden and its most iconic beer garden right on the lake, respectively.

In the adjacent Schwabing quarter get your guide to tell some fascinating stories of innovation and success, plus a stop at the 500 year old Ludwig Maximillian’s University of Munich where we hear of the bravery of the White Rose Nazi resistance movement and the tragedy of Sophie Scholl and her sibling, but also of the 42 Nobel prizes awarded, including to luminaries of science like Max Planck. This loop takes in Königsplatz, site of Nazi parades and its transformation into one of the world’s foremost art quarters, before re-entering the old city through the medieval wall’s Karlstor gate.

Hitler designated Munich as the Capital of the Movement, meaning National Socialism, in German “Nazi”, which has left a legacy for us to ponder, hopefully with the emphasis on atonement. We can construct an entire tour, or weave into a more general tour, aspects of the Third Reich, and evidence of The Second World War . Hitler’s apartment and beer halls where he held political meetings and incited his followers to a coup d’Etat, and the route of that Putsch, are all still there. See the Führerbau at Königsplatz and the bombastic Haus der Kunst, and get your guide to lead you down the Viscardi Dodger’s Alley, then to the eternal flame in memory of victims of National Socialism.

Modern Munich, a center of invention, media, and business

Modern Munich is the hub of technology in Germany, and even of Europe. Innovation and business thrive in Munich with headquarters of seven of the 40 DAX-listed companies. Some of these are on our route, so get your guide to stop and discuss for a few minutes at each, telling some fascinating stories of how they come to be there.

A short ride away from the downtown centre of Munich are Nymphenburg Palace, and the beautiful site of the 1972 Munich Olympic Games with its iconic tent roof. Right across the street is the BMW Museum and BMW World, and we can arrange a BMW Factory Tour if given sufficient notice.

You can also place your own emphasis on an era of art, architecture, history, and monarchy, if you like.

Beer Purity and Living in Munich

We can discuss the culture of Munich and life in Germany, covering education, health care, taxation, politics, the European Union, defense, and migration if your group has interest. Get your guide to fill in the facts about Munich’s famous brew, the oldest brewery in the world, the strict Reinheitsgebot or Purity Law, and the iconic brands of Munich’s beer.

What to do with time in Munich? Besides our standard Walking Tour of Munich or your own Custom Munich City Tour that visits the best sights of Munich, consider getting outdoors into the Alps or an excursion in Bavaria. Day trips from Munich include a hike or walk in the nearby Bavarian Alps, or a walk-and-water day at Lake Starnberg including beer garden. Get your guide for what to do on a spare day in Munich to inspire you with our unusual Gardens of Peace tour, or visit sites on our Celtic Heartland with museum and oppidium tour. In winter, guided skiing with ski rental from Munich for the day to Garmisch, or a winter hike or walk in the pre-Alps near Munich.

Please Fill up the fields below